Synopsis // Three years ago, Tanner Scott’s family relocated from California to Utah, a move that nudged the bisexual teen temporarily back into the closet. Now, with one semester of high school to go, and no obstacles between him and out-of-state college freedom, Tanner plans to coast through his remaining classes and clear out of Utah.

But when his best friend Autumn dares him to take Provo High’s prestigious Seminar—where honor roll students diligently toil to draft a book in a semester—Tanner can’t resist going against his better judgment and having a go, if only to prove to Autumn how silly the whole thing is. Writing a book in four months sounds simple. Four months is an eternity.

It turns out, Tanner is only partly right: four months is a long time. After all, it takes only one second for him to notice Sebastian Brother, the Mormon prodigy who sold his own Seminar novel the year before and who now mentors the class. And it takes less than a month for Tanner to fall completely in love with him.

This was a really touching, sweet love story. It definitely wasn’t without problems, and there were some things that really bugged me, but overall it was a quick read that made me smile.

I really enjoyed seeing the relationship between Tanner and Sebastian develop. The book showed the struggles they had, two guys dating in a super religious conservative place where that’s absolutely not okay. My heart broke for Sebastian and all the struggles he had to go through between his church and his sexuality, as he struggled to accept himself.

I loved the juxtaposition between the two sets of parents. There are Tanner’s parents, who are super accepting, complete with pride stickers and sayings who want their son to get out of their small town. Then there’s Seb, son of the bishop, in a picture perfect Mormon family that wasn’t okay with homosexuality at all. It really showed how important it is for parents and families to be accepting, and my heart just broke for Seb.

The book seemed to have great bisexual rep too. It also addressed homophobia, and the double standard that exists with lgbt people versus straight people, and I thought it had some important discussions there.

I mostly enjoyed how Tanner and Sebastian are both writers too. Since I’m an aspiring author myself, I enjoyed hearing about their processes of writing books, and Sebastian’s process of actually having his book picked up by a publisher, including him going to New York to meet his editor and going on a book tour.

I had a love hate relationship with Tanner literally writing basically an autobiography (guess I should have seen that coming from the title?) because that seems low-key weird and dumb to write about yourself and your life diary style as it’s happening and expect it to be a novel, and one to turn into your teacher, too? He encounters the problem with knowing that his manuscript is too sensitive and personal to turn into his teacher, and I’m like listen man, you created your own problem there. It is cute though, realizing that probably most of this book that I was reading is the book Tanner was writing.

I mostly enjoyed the friendship between Tanner and his best friend, Autumn. I liked how they were silly with each other, and they had each others backs and supported each other through everything. Unfortunately, toward the end of the book something happens where I thought Tanner treated Autumn horribly and it was really glossed over and… yeah that made me upset with this book if you read it you know what I’m talking about.

Anyways, I had a few issues, it wasn’t perfect, but overall really good and sweet

Have you read this book? Did you like it, or do you want to read it? Have you read any other books by Christina Lauren? I’d love to chat in the comments below. 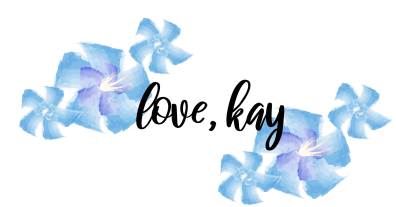