Synopsis // Millie Quint is devastated when she discovers that her sort-of-best friend/sort-of-girlfriend has been kissing someone else. And because Millie cannot stand the thought of confronting her ex every day, she decides to apply for scholarships to boarding schools . . . the farther from Houston the better.

Millie can’t believe her luck when she’s accepted into one of the world’s most exclusive schools, located in the rolling highlands of Scotland. Everything about Scotland is different: the country is misty and green; the school is gorgeous, and the students think Americans are cute.

The only problem: Mille’s roommate Flora is a total princess.

At first, the girls can barely stand each other–Flora is both high-class and high-key–but before Millie knows it, she has another sort-of-best-friend/sort-of-girlfriend. Even though Princess Flora could be a new chapter in her love life, Millie knows the chances of happily ever afters are slim . . . after all, real life isn’t a fairy tale . . . or is it

This book is absolutely the adorable fluff piece I needed right now. I read the first book, Royals (or is it called Prince Charming now??) a while ago and didn’t like it, but this sounded so cute that I absolutely had to pick it up and I’m so glad I did! It’s not amazing or deep, mostly just a ridiculous bit of fun, but it’s so happy and addictive, and as far as I can remember, better than the first one! (Also it’s a companion, not a sequel, so you don’t need to read the first book to read this one, they’re both essentially standalone with different characters).

This is exactly the same boarding school romance we’ve read a million times, but this one is so adorable and fresh because it’s with two girls! The premise of two roommates being thrown together and ending up falling in love is so adorable! Also, the girls start out despising each other, then getting to know each other, then falling in love, so it’s basically enemies to friends to romance and is there a better romance trope? No there is not and that’s just the facts.

Millie is bisexual and Flora is lesbian, and I loved it! I especially loved Flora; as princess, her mom the queen wanted to pretend that it was just a phase or whatever, but she was so unapologetically herself despite that and I loved her for it.

Millie and Flora are both great characters. I loved seeing Millie, an American in Scotland for the first time, taking in all the sights and magical setting, and the world of royals that obviously doesn’t exist in America too. She was pretty obsessed with rocks and geology too which was cool. I especially loved Flora though! At first she comes across as more of a spoiled brat who doesn’t care about others and will do anything she wants, but it becomes clear that there’s more to her, as she’s always been shuffled out of the spotlight and people mold her to what they expect a princess to be.

Of course, there’s also the whole royals element and I’m such a sucker for stories about royalty, and modern day royalty is just the best! I loved seeing Princess Flora and her crazy world, full of tabloids, people obsessed with their lineage, pretty dresses, castles, balls… it was such a cute fluffy also glitzy glamorous world to read about.

The pacing of this book felt a bit off. The beginning is weird because it starts with a few chapters in America before Millie gets to Scotland and it was really weird because first she was applying to the program and then she was applying for financial aid and then three chapters later she was there? Like what exactly is the timespan because I thought applications were usually in the fall/winter so what was happening there. The middle of the book was great! And then the ending also felt super rushed; the progression from enemies to friends to like was pretty good and then like to love was way too fast I swear they fell in love in like one chapter?

Also it might be obvious how much I love Flora (low-key the book should have been from her perspective and I would be very happy) but Millie annoyed me at times. Like apparently her whole motivation for wanting to go to school in Scotland was… she saw the movie Brave? I feel like you should have a little more consideration than watching a fantasy Pixar movie set in the past before uprooting your whole life. Also I guess she was really smart or something because she was the one scholarship student in the whole school, but I swear I never saw her studying the whole time? So that doesn’t add up. Also at the end she got super melodramatic and not trusting of Flora because of ridiculous small things and I kind of wanted to slap her just saying.

This book was not super deep. I flew through it in a few hours, and it was mostly a fluff piece. It’s definitely not going on any lists of my favorite books or anything, and I’ll probably forget all about it in a month or so. But it was a super enjoyable afternoon read that made me happy and if you’re looking for that then I definitely recommend!

Do you like books about royals? Books set in Europe? Have you read/are you interested in reading this book? I’d love to chat in the comments below! 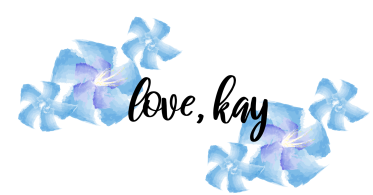 Leave a Reply to Kay @ Hammock of Books Cancel reply