Surrounded by enemies, the once-great nation of Ravka has been torn in two by the Shadow Fold, a swath of near impenetrable darkness crawling with monsters who feast on human flesh. Now its fate may rest on the shoulders of one lonely refugee.

Alina Starkov has never been good at anything. But when her regiment is attacked on the Fold and her best friend is brutally injured, Alina reveals a dormant power that saves his life—a power that could be the key to setting her war-ravaged country free. Wrenched from everything she knows, Alina is whisked away to the royal court to be trained as a member of the Grisha, the magical elite led by the mysterious Darkling.

Yet nothing in this lavish world is what it seems. With darkness looming and an entire kingdom depending on her untamed power, Alina will have to confront the secrets of the Grisha . . . and the secrets of her heart.

“I’ve been waiting for you a long time, Alina” He said. “You and I are going to change the world.”

So everyone under the sun except for me because I’m under a rock has already read this glorious book and reading it now is making me wonder why the heck I hadn’t already read it earlier? I’ve already read Six of Crows and Crooked Kingdom and like everyone says, I would agree that they’re much much better than this book, but that isn’t because this one is bad, it’s because those are on a league of their own.

Shadow and Bone is a fairly typical chosen one fantasy story. Ravka is struggling because of the fold and the evil monsters it contains that rips through the kingdom. Alina previously thought that she was perfectly normal, but when a terrifying encounter in the fold reveals shocking skills, she is taken away from her old life to live with Grisha, who are basically magic in their manipulations of the world.

I really love the entire Grishaverse and the world that Bardugo has created. I loved in this book especially getting to see and learn more about the Grisha, and all of their unique magical powers. Alina throughout the book is still learning about Grisha, so the reader is able to discover them and their unique lore with her. I loved especially seeing the Grisha freely train and use their powers together.

I’m not entire sure how I feel about Alina herself. There were times when I just wanted to smack her for being annoying and whinny, but there were also times when I was applauding her for her ability to develop her powers and herself when thrown into an entirely new, uncertain world.

There did seem to be a love triangle happening, and I guess that’s all you can ask of a novel published in 2012 haha but that didn’t make it any less annoying. The Darkling…I’ve seen from other people’s reviews and chats about this book that a lot of people like him but basically I kind of hate him? Mal is kind of annoying too, but overall I like him much better than the Darkling.

The ending of this book was what really sold it to me and made me determined to read the next book (along with not wanting to be so alone under my rock haha). I honestly had no idea what was going to happen and was right on the edge of my seat turning pages as fast as possible!!

I did also recognize a few names that were mentioned in Crooked Kingdom, but it’s been quite a few months since I’ve read that so I don’t quite remember what happened to them and I’m trying my hardest not to remember so I don’t spoil myself! I’m definitely going to be avoiding spoilers like the plague right now so don’t tell me anything haha. Anyway, Six of Crows is definitely better than this book and although I love seeing more of the Grisha here, if you aren’t so into it and are dubious about Bardugo’s work you can definitely read SoC first and fall in love with everyone there ❤

(what even is this review? I told myself I wasn’t going to gush about SoC I was going to review SAB but here we are…) 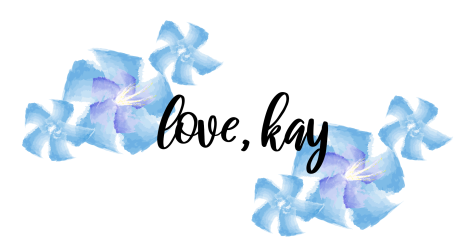 4 thoughts on “Shadow and Bone Review || An Exciting Fantasy Beginning”